Crime of the Week

Submit a Tip
Tip Follow-Up
Mobile App
If you have any information about these crimes or any person(s) involved, you are urged to call Crime Stoppers at or submit a Web Tip .  You do not have to give your name.  CRIME STOPPERS will pay a cash reward of up to $5,000.00 and you can remain anonymous.

The family of a man shot to death in Birmingham’s Kingston community earlier this week is searching for answers, and justice, in his killing.

Douglas Paige, a 34-year-old father of a young son, was slain about 11:15 a.m. Monday. Birmingham police responded to the 4400 block of Ninth Avenue North because Shot Spotter indicated gunfire in the area. While they were en route, they received another call of a person shot.

Paige was found unresponsive inside his vehicle and pronounced dead on the scene at 11:20 a.m. Police said the preliminary investigation showed that there was an altercation between four people, including Paige. The victim retreated to his car when someone fired shots into the sedan. At least two shots were fired.

As investigators continue to track down leads, Paige’s family and friends will gather at Mattie Gill Jackson Gardens in Fairfield at 5 p.m. Friday to hold a candlelight vigil in remembrance of their loved one.

“We’re really just trying to make sense of it all,’’ said Jacqualyn Williams, Paige’s girlfriend of nine years. The two have an 8-year-old son.

Williams said the family doesn’t know why Paige was in Kingston Monday. She said they have learned that Paige was beaten by the suspects, and money stolen from his pocket. The assailants, she said, had pulled him out of his vehicle and he was trying to flee when he was shot in the chest and killed.

“He was trying to get away,’’ Williams said. “We know he was in pain and we hate that he suffered.”

Paige had attended West End High School and later earned his GED. “He was a good person to be around,’’ Williams said. “He had a heart of gold. He spread love everywhere.”

Paige’s mother, who was comforted by Birmingham police at Monday’s scene, is taking his death hard, Williams said. The entire family is distraught. “We’re trying to stay strong for our son,’’ she said.

Williams said she wants Paige to be remembered for his smile and the impact he had on others. The family wants anyone who has information on his death to come forward. As for the suspects, she said, “Turn yourself in because my baby didn’t deserve this.” 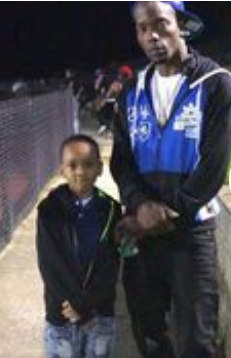 It’s been more than a year since a 20-year-old Jefferson County man was shot and killed on Birmingham’s Valley Avenue, and investigators say they haven’t given up on solving his murder.

Birmingham police said Harrell was shot while in a vehicle. There were conflicting reports as to whether the shooting fired from another vehicle or got out and opened fire on the victim.

After the shooting, the vehicle ended up in a parking spot at the far west end of Fox Valley Apartments. Harrell was taken to UAB Hospital where he was pronounced dead at 2:13 a.m. Another male was in the vehicle at the time of the shooting but was not injured. 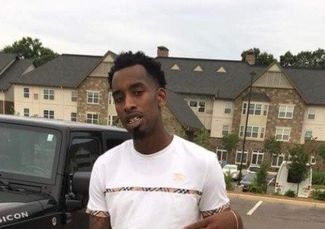 Police said the investigation showed Harrell may have been a bystander caught in crossfire.

"Kijuan was loved by many,'' his mother, Chiquita Norman Dixon, previously said. "A piece of my soul has been ripped out and is not coming back."

Birmingham police Sgt. Johnny Williams on Wednesday said investigators need the public’s help in getting justice for Harrell. “We know there was a large group of people out there that night and we think someone in that group may be able to help us in the investigation,’’ Williams said. “We need them to come forward.”

Williams said they are seeking witnesses and any video that may have been recorded before, during or after the shooting. “Don’t assume somebody else gave us this information,’’ he said.

Anyone with information on Harrell’s slaying is asked to call Birmingham homicide detectives at 205-254-1764. Tipsters who wish to remain anonymous can call Crime Stoppers at 205-254-7777.

When first responders arrived, they Riley unresponsive in his vehicle. His truck, police said, had crashed into another truck. It wasn’t immediately clear whether he was driving when he was shot, said Tarrant Sgt. Jay Jenkins.

Riley was also taken to UAB Hospital, where he was pronounced dead at 2:58 a.m. Monday.

Riley grew up in Adamsville and attended Minor High School before leaving before his senior year to attend a private Christian school. He loved camping and the outdoors.

After graduation, Riley went to work as a landscaper. He had twin daughters, one of whom was killed in a 2009 car crash.

Brasher said she was on the road in Georgia with her husband, a truck driver, when she got a call Sunday night saying that Riley had been shot and was at the hospital. Riley’s father was at the hospital with him. “I’m still not even sure what happened,’’ she said.

Brasher said her son had texted her “I love you” Saturday. She responded that she loved him too, and Riley responded again, “I love you.” “He always had to have the last word,’’ she said with a laugh.

Asked if she had anything to say to the person or people who killed her son, Brasher said, “I would tell them we forgive them, I’ve done a lot of praying, but they have taken one of the most important people in the world to me.”

Tarrant police detectives are looking for anyone who may have spoken to Riley in the 24 hours before he was killed.

Anyone with information is asked to call Tarrant police at 205-849-2811 or Crime Stoppers at 205254-7777. Tipsters to Crime Stoppers can remain anonymous and are eligible for a cash reward if their tip leads to an arrest and conviction in the case. Devin Skylar Sandlin was shot to death in Bessemer, and authorities are asking for the public’s help in finding his killer or killers.

Sandlin, 23, was shot June 4 in the 1700 block of Long 14th Street. Police received a call of a possible shooting around 8:09 p.m. that Tuesday and arrived to find the victim with multiple gunshot wounds.

He was taken UAB Medical West, where he was pronounced dead at 8:47 p.m.

Bessemer police said they are trying to find a bright red Dodge Charger in connection with the case. Sandlin was in the vehicle just before the shooting.

Information obtained from al.com article written on June 19, 2019 by Carol Robinson. Please click on link below to see complete article.


Clues sought in fatal shooting of 23-year-old in Bessemer 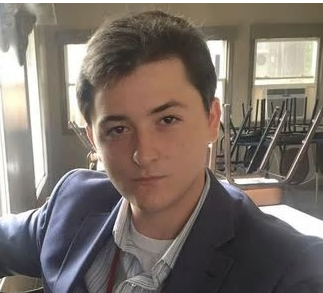